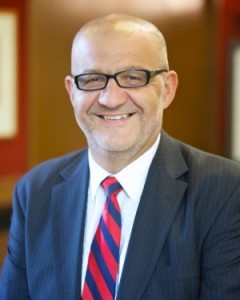 Stan is Executive Director of Strategic Development for Independent Property Group. He is a father of two young children – in 2014 Nicholas will be in Year 1 at CGS and Domi will move to CGGS for Year 3 after 5 years attending CGS, right up from Blueys in the Early Learning Centre.

Stan is a Director of the Real Estate Institute of Australia (REIA) and was President of the Real Estate Institute of the ACT (REIACT) for 4 years. Stan is currently a deputy President of REIACT. Stan was a member of the 2004 Australian Olympic Games Team Fund (ACT Appeal) Committee, and also Co-Chaired the 2005 World Vision sponsored Operation Hope Appeal, which rebuilt more than 25 homes destroyed by the Sri Lankan Tsunami.